In 2005, the Redevelopment Authority of the County of Washington (the Authority) opted to obtain a release of liability under the Special Industrial Area (SIA) program of Pennsylvania Act 2 for a former Plastics fabrication facility located in Canonsburg, Pennsylvania. The site consisted of a large 1-story and 2-story building, with office space, warehouse space, and garage space. Based on previous Phase I ESAs, the scope of work for the site included:

1.)  Conducting geophysical surveys to determine if underground storage tanks (USTs) were present in two (2) areas at the site;

3.)  Conducting sampling to determine if affected soil/sediment was present beneath the concrete floor near floor drains/catch basins with

4.)  Evaluating waste and product disposal options for the contents of numerous 55-gallon drums and 5-gallon buckets present at the site; and in the building;

The Work Plan for the site was approved by the Pennsylvania Department of Environmental Protection (PADEP) under the SIA program in February 2005. The Authority contracted with AGES in April 2005 to implement the approved work plan.

To ensure PADEP approval of the project approach, AGES met with the PADEP at the site and negotiated a detailed scope of work for the project. During the meeting, AGES negotiated reductions in the initial work scope, including a reduction in the number of samples and analytical parameters. AGES also worked with several disposal vendors to eliminate or reduce analyses required to obtain approval for disposal of drummed waste at the site and to gain reduced unit disposal rates. During the project, AGES worked closely with the client and the PADEP to ensure that field work was completed smoothly and on schedule. After implementation of the work scope, AGES prepared a final report that documented the results of the investigation. The final report was approved by the PADEP with no comments. With our streamlined approach, AGES completed the project for 50% less cost than proposed by other consultants.

1.)  Field negotiations with PADEP to streamline and reduce the project scope and thereby cut project costs.

2.)  Demonstrated knowledge in working with Pennsylvania Act 2 and the SIA Program. 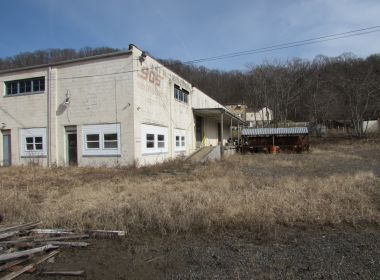