The five (5) plus acre property was formerly the location of a fuel oil recycling and solvent recovery facility between the late 1970s and early 1990s. During this time period, used oils were re-refined into fuel oil for sale to residual fuel users and lubricating oil was manufactured from the used oils. This process generated a clay filter cake waste that was stockpiled on the property. The property came to the attention of the Pennsylvania Department of Environmental Protection (PADEP) due to community complaints and non-compliance issues. In 1988, they conducted a site inspection of the property and identified volatile organic compounds (VOCs), Analytical results, for samples collected by the United States Environmental Protection Agency (EPA) Region III, from staged waste materials (sludges, clay filter cake) onsite, reported polychlorinated biphenyls (PCBs), volatile organic compounds (VOCs), semi-volatile organic compounds (SVOCs), metals and cyanide. In 1994, EPA implemented a removal action of the waste materials onsite. Approximately 6,374 tons of PCB and lead-containing filter cake waste were removed for offsite disposal. The facility has been subsequently demolished and all structures and aboveground storage tanks have been removed from the property.

Investigative responsibility for the property was transferred to the Potentially Responsible Parties (PRPs) group in the late 1990s. Following preparation, submittal and approval of the Remedial Investigation Work Plan, investigative activities were conducted and included collection and analysis of surface soils, subsurface soils, groundwater, sediment, surface water and light non-aqueous phase liquid (LNAPL). Results from the five phases of the remedial investigation reported VOCs, SVOCs, metals, PCBs and dioxins/furans in surface and subsurface soils. VOCs and metals were detected in groundwater in both onsite and offsite monitoring wells. No site contaminants were detected in surface water samples and the results of the stream sediment data did not indicate that the site contaminants had impacted sediments. A human health risk assessment was conducted that evaluated both industrial and residential receptors based on current and projected future use of the property. Site-specific remedial objectives were identified and included in the Feasibility Study. The Remedial Investigation Report (including the human health risk assessment) and Feasibility Study Report were approved by USEPA Region III. EPA issued the Record of Decision (ROD) for the site in the spring. 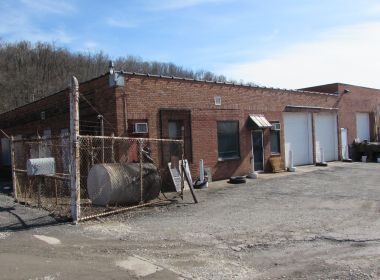 Assessment of a Former Plastics Fabrication Facility in Canonsburg, Pennsylvania