Breathing is something that is often taken for granted.  However, in some situations, taking one breath could be detrimental to your health and wellbeing. Many harmful gases are odorless, colorless and so dangerous that, once inhaled, it may be already too late. In this situation, responders attempting to rescue a worker from a hazardous atmosphere often becomes a victim as well. Hazardous atmospheres include oxygen-deficient, flammable, combustible, explosive and toxic environments

An oxygen deficient atmosphere does not contain enough oxygen in the breathing space to support normal human body functioning. A normal oxygenated environment contains 20.8% oxygen. Environments with oxygen concentrations below 19.5% are considered oxygen-deficient, which can cause unconsciousness, brain damage and death. Some causes of oxygen deficient atmospheres include:

Flammable, combustible and explosive atmospheres contain gases or vapors at high enough concentrations that the air can catch fire or explode in the presence of an ignition source.  These atmospheres are usually associated with Volatile Organic Compounds (VOCs), which emit from petroleum products during atmospheric photochemical reactions. VOCs can move through pore spaces in soils and concentrate in enclosed or low-lying areas (such as excavations) to create an environment that is capable of catching fire or exploding. Underground storage tanks adjacent to an excavation area are a common source VOC-impacted atmospheres. In addition to VOCs, Methane is a common flammable gas hazard that occurs naturally from the breakdown of organic materials, such as sewage, leaves and weeds.

Toxic atmospheres contain concentrations of certain gases or vapors that can cause sickness or death upon inhalation. Carbon monoxide (CO) is a common type of toxic gas, which is colorless, odorless and generated whenever carbon-based materials are burned. Breathing CO at hazardous levels can cause headache, vomiting and nausea and chronic exposure to moderate levels of CO has been linked to heart disease. High concentrations of CO are commonly a result of using poorly maintained or unvented heating equipment, running vehicles or other gas-powered machines in enclosed areas or burning propane in a heater, light or stove. 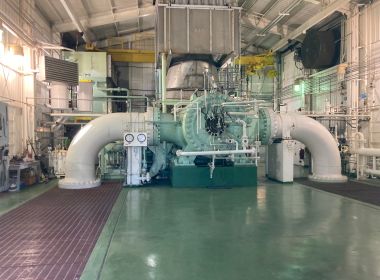 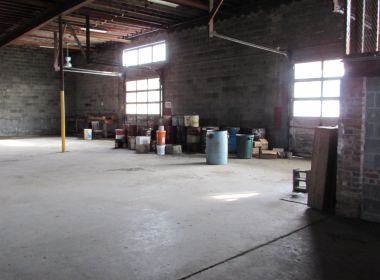 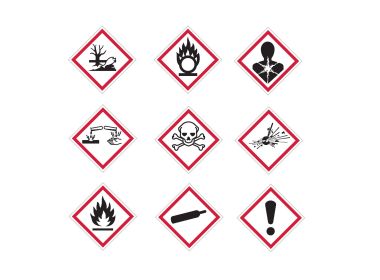 The Globally Harmonized System of Classification and Labelling of Chemicals